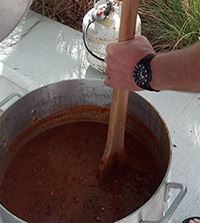 In 2013, the BBQ Grill Team was runner-up at the Palm Beach County PBA Chili Cook-Off, and has most recently been awarded a Unit Citation for excellence.